< Back
The CTO of ReLyfe

Putting technology at the service of the patient 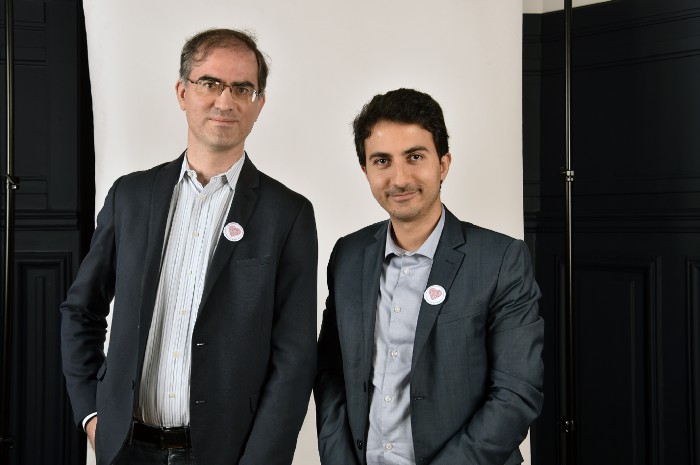 Every company has a story, often consubstantial with that of its founder. ReLyfe is no exception to the rule.

During his medical studies and his research, Dr. Adnan El Bakri realised that access to care and health must first go through access to medical information, usually inaccessible or lost. In his doctoral thesis, entitled “E-health and new digital technologies serving the sharing and structuring of medical data”, he was already developing the scientific and technological model, following a major observation: the world of health works in silos.

With 4 years of R&D, ReLyfe has specialised in new technologies applied to the sharing and structuring of health data, via the ReLyfe solution, the first digital health profile, private, interactive, international and secure.

So much for a genesis outlined in a few lines. As for the ambition of ReLyfe, it is not necessary to focus more on it here since it is developed in the pages of this site…

Today, the history of ReLyfe is written every day thanks to the work of its teams, the support of its investors and partners, and the interventions of its experts.

In this voluntarily shifted section, it is with them that we invite you to get to know each other over time. Directly or… less directly, each of them nevertheless constitutes an essential cog in the “ReLyfe mechanics”, and it is their interaction that the company proceeds.

For a… connection, discover these fascinating enthusiasts. Because they too “are worth it”.

Ambroise Recht: “Putting technology at the service of the patient”

Databases and artificial intelligence are obviously part of the panoply of the technical director of ReLyfe. But for Ambroise Recht, the most important thing is above all the end user.

In the Gironde of his youth, with its iodised and resinous scents, little Ambroise readily dreamed of being a surgeon, even a researcher… Over the course of his classes, becoming an engineer seemed to him however an interesting path, soon confirmed by his admission to Centrale Lille. Engineer, therefore. But in what area? The “Industrial IT” option decides.

During his studies, Ambroise Recht developed with one of his co-religionists a new technology for spatialisation of sound in 3 dimensions — which we will not explain further here. In 2000, diploma in hand, the two friends plan to create their company, which they will baptise A-Volute. They only succeeded in 2004 by winning a competitive grant (€ 700,000) from the Ministry of Research for start-up assistance. In the meantime, they will both have had a first professional experience — technical for Ambroise, commercial for his associate — and, always in the perspective of the creation they are considering, will have followed the Master Enterprise of Skema-Lille to familiarise themselves with the entrepreneurial environment. Alas, a start-up that does not necessarily feed its founders, Ambroise soon left A-Volute and became a consultant in Paris. He will find “his baby” in 2009, to develop the product thanks to the signing of a major contract. In 2010, A-Volute had 10 employees. In 2019, they will be 50 (including 30 technicians under the direction of Ambroise). A-Volute, headquartered in Lille, with a technical office in Singapore and a sales office in Taiwan, has become the leading developer in the field of audio gaming software. This is the moment that the two founders choose to sell their nugget.

Ambroise then joined another start-up in Lille working on an algorithm which, from the heart rate, detects falling asleep at the wheel. Short experience since following a change in society, he left it without unnecessary drama. And in 2020, Ambroise Recht crosses the path of ReLyfe where he is recruited.

Use as natural as possible

Obviously, his profile and his experience are not to displease: technology, artificial intelligence, management in France and abroad … For his part, Ambroise immediately sees the interest and the global potential of ReLyfe at a time of a pandemic that has exposed the flaws in health systems. All the more so if we consider that, being of robust health and hardly ever going to the doctor, he does not even know where the prescription for his ophthalmologist is if by chance he breaks his glasses. However, ReLyfe is the ideal place to retrieve, store, secure and share this kind of information, everywhere, for life.

I am aware of all the technologies on which the technical team is working: artificial intelligence, with the necessary development of structured databases that this implies, the micro-services strategy, mobile applications … There are many areas to be understood and articulated. “

That’s good, that’s what fascinates him: “ The very advanced and hybrid technical architecture of all this new technology should lead to a simple product for patient users and healthcare professionals. They don’t care about the complexity behind what they have in hand. “

At ReLyfe, the commitment is strong around a disruptive and shared vision: The patient must have the hand and the control over his health data throughout his life and it is he who must control his medical destiny with the using artificial and human intelligence.

Today, we have to anticipate patient reactions in the context of using ReLyfe as naturally as possible, and this is already what makes it so successful when we present this intelligent ‘digital health passport’, interoperable and whose confidential data is the sole property of the patient. “

If ReLyfe is already operational in its first version v1.0 launched this year with a great technological head start, the technical director of ReLyfe knows that there are still many developments to be made to improve it again and again and continue the features and ambition planned over time in future versions.

Younger, Ambroise was a fan of video games, undoubtedly for what they precisely represent permanent developments. And it is of course in this perspective that ReLyfe must be considered. But we have to admit that now, when he tears himself away from algorithms and databases, his favorite game is his 3-year-old daughter. And it is always she who wins…!

Interview and pen of Jacques Rivière.‍