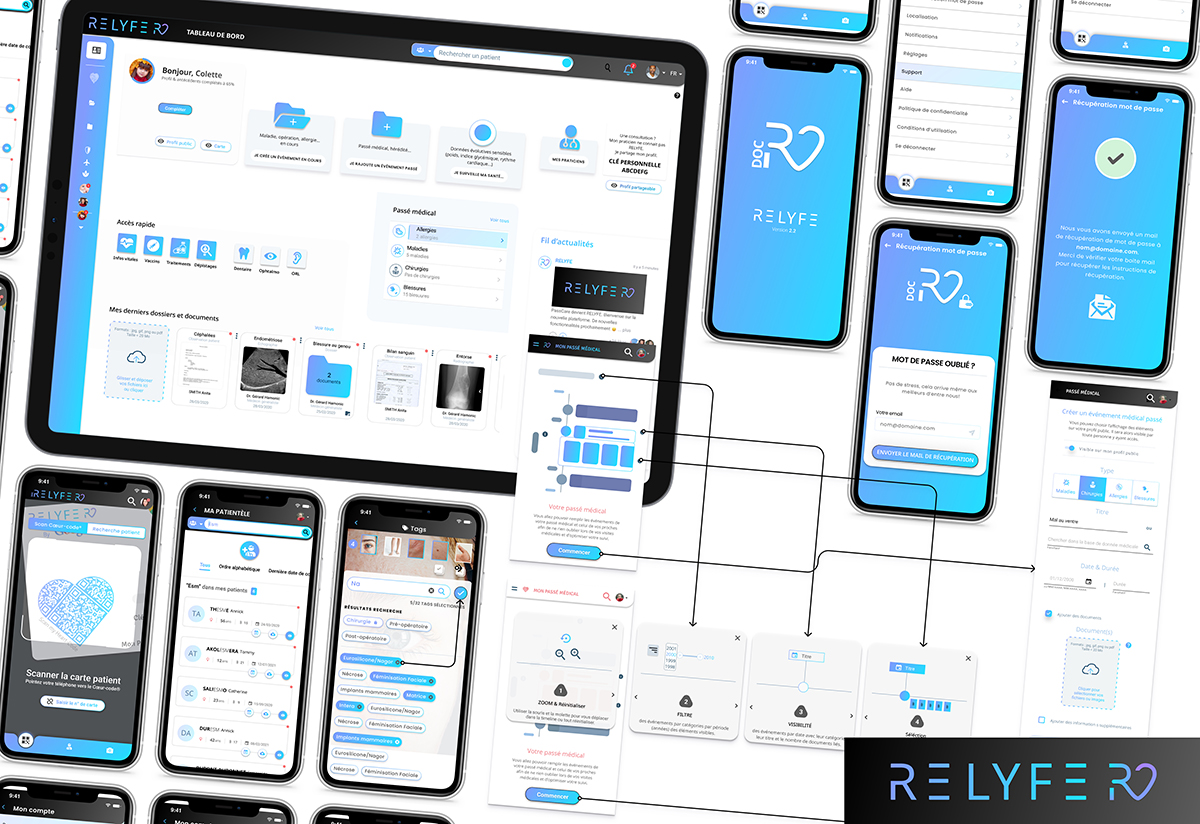 Like Lewis Caroll's heroine, Jane Seneor, ReLyfe's Senior UX/UI Lead Designer, has rubbed shoulders with worlds on opposite sides of her own. And found a way to connect them. The interface game requires a rigor and creativity that she draws from her genes.

What it is, all the same, to be the daughter of a great scientist! Jane Seneora spent her entire childhood in countries where her father, Roland Seneor*, was invited to pursue her research. Two years in Boston (Massachusetts Institute of Technology or Harvard), two years in Bielefeld (Zentrum fürinterdisziplinäre Forschung), for example... It is not surprising that she learned to read and write in American, which she considers her mother tongue. She studied in Germany and in German, and is fluent in Greek and Tamasheq (Tuareg language). In short, as soon as she is abroad, it doesn't take her long to gibber the local idiom. She says it without ambiguity: "I have a facility for languages"!

Jane's youth was spent in a scientific and artistic environment (following in the footsteps of her mother, whose talent and reputation were matched by admirable modesty) of the highest order and with different ways of life in different countries.

I had to change my paradigms constantly. This multiculturalism has shaped me, in a mixture of open-mindedness and adaptability, an arborescent way of thinking that doesn't really follow a linear way of thinking..."

Hence an explosive alliance of mathematical rigor and unbridled inventiveness, "a lot of dissonances and consonances, between which I have always seen links, even to the point of bringing together improbable things. This helps me enormously in my passion", since her passion is the interface.

In truth, Jane Seneor's path was clear: she would be a polytechnician, she had the makings. "Those who choose science are not always at ease with emotion. I didn't see myself in this restricted environment. Instead, she dreamed of being a translator, spreading concepts in one language that don't exist in another. "In Tamasheq, there are 200 words to define sand. How do you convey so many nuances that are unknown in another culture? Again, an interface issue.

To avoid having to take the Polytechnique path, she did not take the baccalaureate exams. From then on, her life will resemble the adventures of Alice in Wonderland - let's dare to draw this daring parallel -, whose only purpose is to discover other logics.

More than 20 years of freelance fullstack design, math and programming courses at CNAM, three years in Canada to perfect design and ergonomics, realization of "pulsating" hearts in 3D for the training of future cardiac surgeons; return to France to integrate the world of international hiphop, then a recent Master 2 of Expert in digital strategy to validate (as a major, for good measure! ), consultant in a digital services company in the aviation industry, electronic management of medical documents..., before being chased by a large industrial group to join its brand new "design thinking" hub (where problems are solved through ideation)...

The human, of course

During the containment (the first one!) an innovation engineer integrates her in the creation of a biotech hub and tells her about ReLyfe's search for a lead UX/UIdesigner in R&D.

I was immediately attracted by the agility of the start-up, the involvement in its innovative R&D strategy, the idea of building a user-centered tool, a technical and human challenge that brings lightness to a medical world that is often anxiety-provoking for the individual. I love working in concrete terms, designing as a team, convinced that by crossing differences we can find the possible even in the impossible."

In this sense, does Jane Seneor prefer nudge and serendipity to reports and accounts?

‍*Roland Seneor (1938-2016) was a specialist in quantum physics and winner of the 1980 Paul-Langevin Prize with Jacques Magnen. He was the founder of the External Relations Department at Polytechnique, and in the 1990s was the architect of the school's internationalization.